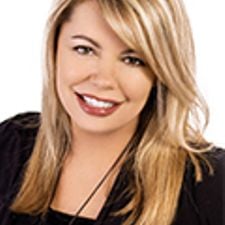 Alexi Venneri is the co-founder and CEO of Digital Air Strike, the award-winning social media and digital engagement company. A pioneer in digital response, social marketing and online reputation management, Digital Air Strike’s mobile apps, software and managed service platform monitor, improve and manage consumer engagement for thousands of businesses in the United States and Canada including six of the largest automotive manufacturers.

Prior to co-founding the company, Alexi was President of Auto Media/Blue Flame 6 (part of The Van Tuyl Automotive Group which was purchased by Berkshire Hathaway), and VP of Marketing, PR & Investor Relations at Dealertrack (TRAK). Alexi was the 13th employee at Who’s Calling taking it from $200k to $70 million in just four years as Chief Marketing Officer. Alexi also served as the Director of Marketing for Major League Baseball’s Seattle Mariners. She is an accomplished public speaker and author of the best-selling book Balls! Six Rules for Winning the Business Game. She is currently working on her next book, due out this fall. In 2015, Automotive News named Alexi one of the Top 100 Leading Women in the North American Auto Industry for 2015.