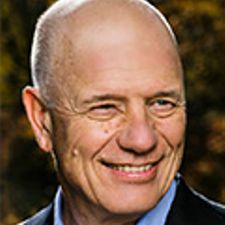 Perry joined TrueCar after serving as president and CEO of RentPath LLC, parent company of ApartmentGuide.com and Rent.com. Previously, Perry led AutoTrader.com in 1997, serving as its CEO from the company’s inception until 2013. While there he guided AutoTrader’s evolution from a one-person startup into the world’s largest online automotive marketplace, with $1.5 billion in annual revenue, 20,000 dealer customers, 16 million monthly unique visitors and 3,500 employees. Under his guidance, AutoTrader.com also created an array of transformative digital solutions that have helped thousands of dealers expand their presence online.

Prior to starting AutoTrader.com, Chip was a vice president of new business development at the Los Angeles Times. In the early 1990s he led the team that launched TimesLink, one of the nation’s first major newspaper online services. It was this experience that gave him the insight that digitally powered automotive classified advertising on the Internet presented an enormous growth opportunity.

His extensive career includes working as a management consultant in McKinsey & Co.’s Los Angeles office and business development and civil engineering positions for the Bechtel Group. Chip holds undergraduate and graduate degrees in civil engineering from the University of Virginia and an MBA from Harvard Business School.